When a Risk Taker Marries a Planner

Who Buys a Franchise Randy and Charity were rethinking their careers.

After several years of doing the same thing in stressful and time-consuming jobs in Colorado Springs, they were ready to do something different.

Charity, the risk taker of the two, knew that investing was the path they should take to eventually replace their jobs one day.

An avid reader and researcher, Charity put Randy (the planner) and herself in a great position with real estate and alternative investing. Randy explains, “Charity is definitely the risk taker in the relationship, but her research is always sound and does reassure me that we are making well informed decisions.”

They turned one of their previous residences in Colorado Springs into a rental property and began their journey into residential real estate.

But they still had their steady jobs for cash flow, and security.

Charity had been a trauma therapist for over 20 years. She was a director at a psychiatric hospital and worked with victimized women. Stress was an everyday occurrence. Stress for her patients, and stress for her.

Randy early on spent 10 years as a Deputy Sheriff in El Paso County, and later transitioned to IT for the next two decades. Strapped to a desk was starting to feel like a life sentence.

This wasn’t what they envisioned for themselves.

Their other interests took them outside of the normal 9 to 5 – Target Shooting, Interactive Gaming, Ballroom Dancing, Hiking, Sports, Working Out. Freedom was the goal so they could do all these things and take their next big step – start a family.

That’s when they started looking at business ownership.

They wanted what a business could give them – cash flow, equity and freedom.

Charity put on her research hat and dug in.

Using her in depth research skills (and bringing Randy along for the ride), she started thinking about what businesses would do well in their hometown.

They both knew they were people oriented and wanted to impact their community in a positive way. After COVID, they wanted people to come out and enjoy themselves and they wanted to do that too.

Charity explained, “Having invested in residential real estate, we now felt we should look for other investment opportunities to help diversify our portfolio. Owning several businesses would also allow us to transition to owners with more flexibility and freedom than we currently have.”

How would they find the right business? That was the next step.

Randy remembered a connection he had. He went to high school with Cindy Rayfield, a franchise broker with the firm, IFPG. He found an old email from Cindy, and out of the blue, called her to find out how this whole franchise thing worked.

“After going through the screening and research process with Cindy, we found several franchises that deeply interested us. We finally selected two separate franchises and purchased six licenses. We couldn’t pick just one! We believe we selected the best possible combination for us,” recalled Randy.

The choice was tough, but they settled on two healthy food concepts – an Acia Bowl superfood franchise, and a growth concept in popular Asian fast food.

Their plans are aggressive. But the risk taker in Charity also knows how to roll up her sleeves and get things done. Randy, the planner, has their goals already set.

“In three years we expect to have four stores open and running. By five years we should have a minimum of six locations open in Colorado Springs. Our 10-year goal is to have 10 businesses and 15 residential properties. We also are hoping to have 3 children by then! Owning our own businesses, and our future, will allow us the flexibility and freedom to be better parents.” Colorado Springs will be welcoming a powerhouse duo and some great food concepts to their fast-growing community! 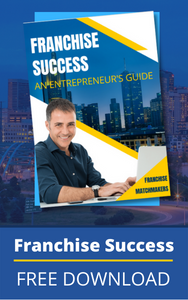 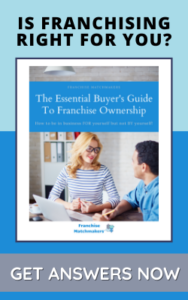